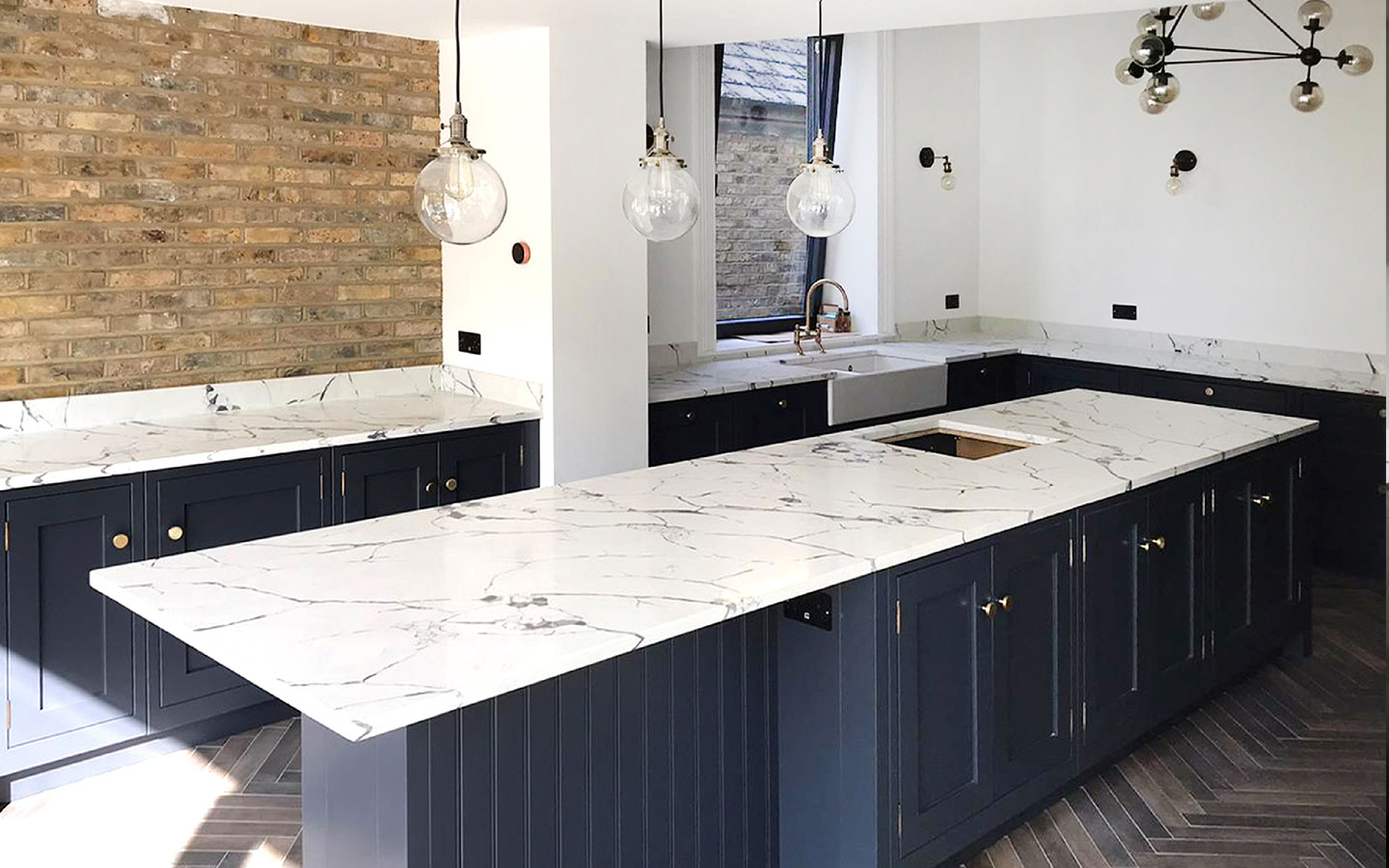 Renovating your kitchen is often one of the most expensive things that homeowners do, largely because of the amount of investment for replacement appliances, cabinetry, flooring, tiling, worktops, and so on, that is needed if you are going to completely revamp from top to bottom. However, many people do so today because the kitchen has become a room that is not just for the practical purposes of cooking, washing up, and doing the laundry, but because today it is the main room for entertainment of family and friends.

The dining room in many homes has long gone. Invite people round for a meal now and it all takes place in the kitchen. That means that the kitchen today has to be not only a room that is practical, but that looks great at the same time.

Certainly, there are natural stones such as marble, granite, limestone, quartzite, and so on, but many people prefer to opt for manmade stone such as quartz. This can sometimes be confusing because quartz is the most common stone in the world and is natural. However, quartz worktops are made using a mix of this natural stone combined with polymer resins in a ration of around 93% quartz to 7% polymers. The natural quartz is ground to a powder and then mixed with the resins to produce a stone that is extremely strong, non-porous, and will last a lifetime, if not longer.

That gives it a definite benefit when compared with other stones such as marble, for instance, because it is impossible for quartz worktops to harbour bacteria. That is obviously something that you would want on a surface on which you are going to prepare your foods.

It is also highly resistant to staining. If you have quartz worktops in Kingston and you spill something such as beet juice, red wine, olive oil, and so on, it will just sit there until you wipe it off. Do that with something such as marble, and you could have a serious problem with staining, but not with quartz.

Quartz worktops can be found in a wide range of colours which can be single coloured or can be manufactured to imitate other stones such as marble, but without the disadvantages that marble has. Yes, it is a fabulous stone, but needs a lot of care. Quartz, on the other hand, can take just about everything that you can throw at it and still come up shining.

One thing to note is that you must not put hot pans directly on to quartz worktops. This is because of the resins that it contains. But then that applies to most other stone surfaces as well.

At Marble & Granite, we can supply you with your choice of quartz from all of the major manufacturers such as Caesarstone, Silestone, Cambria, Next Stone, ArenaStone, and several more. Call us to make an appointment to discuss your requirements and see all your options.

Natural Materials Can Be Great For Kitchen Worktops

There Are Many Options When It Comes To Refurbishing Your Kitchen