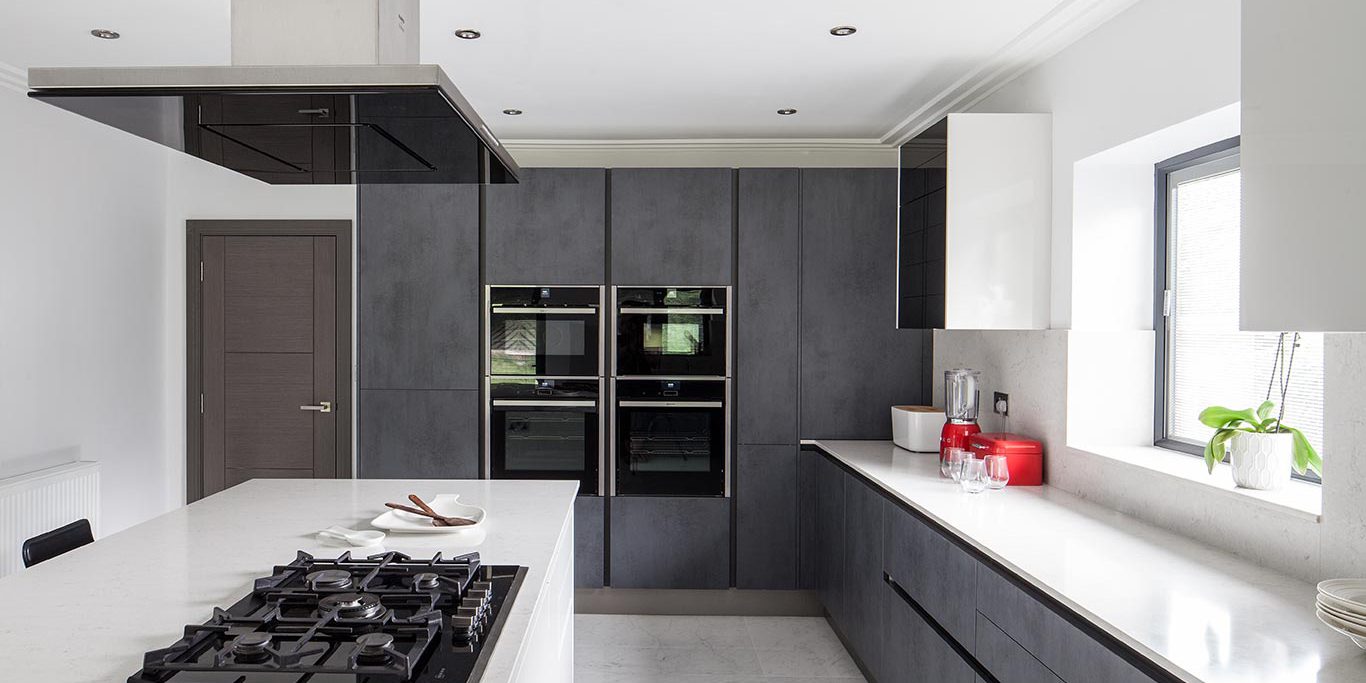 Natural quartz is one of the hardest minerals known to man, but – perhaps confusingly – the quartz stone used for many purposes, including many kitchen work-surfaces, is not a natural stone. Quartz is actually man-made and consists of about 93% natural quartz mixed with pigments and polymer resins.

At Marble & Granite, we also supply quartz worktops in Ruislip, and they are in high demand. This is because of the many qualities of quartz when used for kitchen worktops. To begin with, it is totally non-porous and therefore cannot harbour any bacteria or microbes which other porous stones, such as marble, for instance, can.

That means that you can prepare foods directly on it and it will be the same as if you had prepared them on a freshly cleaned plate or even a chopping board. Having said that, you shouldn’t chop foods directly on quartz worktops in Ruislip: it is likely that the quartz would do more damage to your knife blade than the other way around, but there is no sense in taking any risks, because a quartz worktop is not a cheap item.

While you shouldn’t leave spills on the surface and they should be wiped up as soon as possible, a quartz worktop is resistant to stains from things such as lemon juice, vinegar, red wine, coffee, tea, and so on. Unlike some other natural stone surfaces such as granite, marble, and limestone, quartz worktops don’t need sealing or any other form of treatment such as polishing. All that is needed is a wipe over with a wet cloth and perhaps a little detergent.

Many people like to have a quartz worktop with a polished finish which provides a similar effect to that of polished marble, but you can also have it honed if you prefer. Some people consider that it gives the surface a more contemporary look. However, a honed surface is more susceptible to grease, red wine, lemon juice, coffee, and tea spills, and so these should be wiped off straight away and not left.

Equally, you should not place hot pans from the oven or the hob directly on the surface, but always use a trivet or heat-resistant silicone counter protector. Neither should you drop heavy objects such as cast-iron cooking pans on the surface because this could cause a crack which may be difficult if not impossible to repair. Having said that, the same applies to any other stone surface.

We Supply Quartz Worktops in Richmond

Natural Stone Vs. the Alternatives