Skip to the content
We are open for business as usual, however please call the office for more information regarding visiting and the COVID-19 guidelines 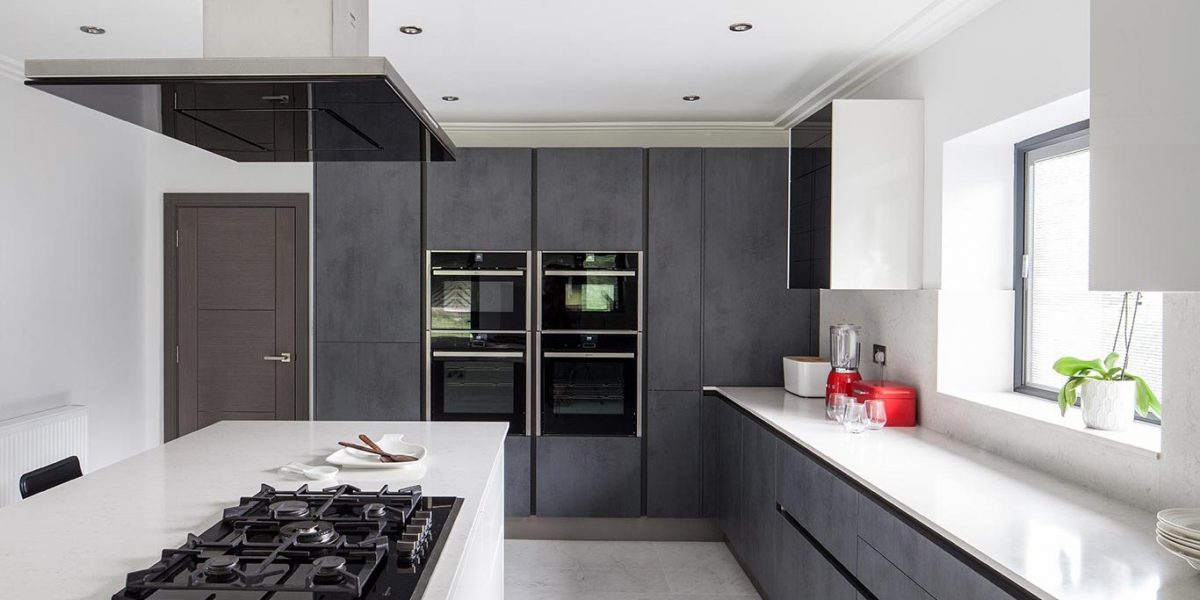 If you are considering a kitchen refit there are an awful lot of things to consider. Not the least of these is your budget – simply how much you can afford to spend. Of course, if money is no object then there is no problem: within the limitations of how much space you have, you can do anything that you wish. Want gold-plated taps on the sink? Yep. You can do a Donald Trump if you have that kind of money.

Today, many people entertain family and friends in the kitchen. They may very well have a wall TV in there, and have pre-dinner drinks, serve dinner, and have more drinks afterwards, all while relaxing at the kitchen table. The problem that some of us have is that the kitchen can be quite a small room and not large enough to do all of that, so those with a suitable budget may be able to add an extension into the garden – most kitchens being on the ground floor. (If you live in a flat, that is not a possibility). But if you have the money you can add an extension and make your kitchen as big as you like.

You Could Add An Island

If you have sufficient space, you can also add an island. This can be an island used for dining or you could place your cooker and hob there. You could also have your sink included in an island. Again, it depends on the size and layout of your kitchen, but it may pay to think outside the box. Of course, it also depends on your budget, because moving everything around costs more, since you have to change all the plumbing.

Unfortunately, most of us have nothing like that kind of money so we have to pare things down somewhat. Or even a lot. Probably the first things to take off the list are the gold-plated taps.

However, there are a lot of things that you can do to re-furbish the kitchen without spending an arm and a leg. One of the most important things is to improve the look of the room and bring it into the 21st century. Making the room look different, even though a lot of it isn’t, will work wonders.

For example, many people think of ripping out all the kitchen cabinets and replacing them. But the fact is that when you are talking kitchen cabinets, unless they are so old that they are falling to pieces, most of the parts are perfectly OK. So all you need to do is to change the cupboard doors and the drawer fronts. The rest of the cabinets will still have their shelves and still contain all the pots and pans, china, cutlery, and other items that you need to keep in the kitchen, but the appearance will be totally different and you will save yourself 75% or more of the cost of total replacement.

Let’s look at the appliances. If they are on their last legs, then by all means include replacing them when you are considering your budget. However, some may be working perfectly well, but just look old-fashioned. In this case you could consider hiding them behind doors. You can match doors to cover the fridge and the freezer that also match the cupboard doors, so you have a kitchen with all the appliances there, but with some of them simply hidden. It costs a lot less than replacing all the appliances.

Of course, you can’t very well put the cooker behind a closed door, but you can certainly hide everything else if you want to.

Then there’s the floor. You really don’t want carpet in a kitchen, but perhaps you are tired of the lino that has been there for years. An alternative is to use tile, and here you can let your imagination run riot. A tiled kitchen floor has not only the advantage of the look of it, but also that it can handle spills and only needs a quick mop over with a damp mop to keep it in tip-top condition.

The Worktops Can Add A Dramatic Effect

Then there are all the kitchen worktops, of course. The floor and the worktops are two areas that can have a dramatic impact on the overall look of a kitchen. This is because they are horizontal and take up a lot of space.

When it comes to worktops, again you have a lot of choice, and – yes – you have to take your budget into account.

At Marble & Granite, we have found that a lot of people in Brentford have opted for marble worktops. We are the first to put our hands up and admit that marble is not cheap. But, oh, what a fabulous appeal it has! The worktops are one thing on which you really don’t want to scrimp and scrape, and any sort of marble worktops in Brentford will make your kitchen look amazing.

One of the beauties of marble is that it has that distinctive sheen and glow, no matter what pattern it may have. Every slab of marble is different anyway, because it is a natural stone that has been formed over millions of years and is available in a range of different colours. Many people think of marble as mainly white, and much of it is. However, you can get marble in all sorts of colours ranging from Thassos which is pure white, through Rosso Alicante – orange/red – to Rainforest Brown, to Belgian Black, and many more. The choices are endless, every slab being different, and most containing a huge variety of stripes and swirls that are unique to that particular slab.

So if you are going to refit your kitchen, one of the most important factors is the worktops. Certainly, there are other stones available, and at Marble & Granite we can supply them as well. But we would urge you to come over to our workshops in Hatfield and browse through the astonishing patterns and colours of marble that we currently have in stock.

We will be more than happy to chat with you about your ideas for utilising natural or engineered stone in your home.