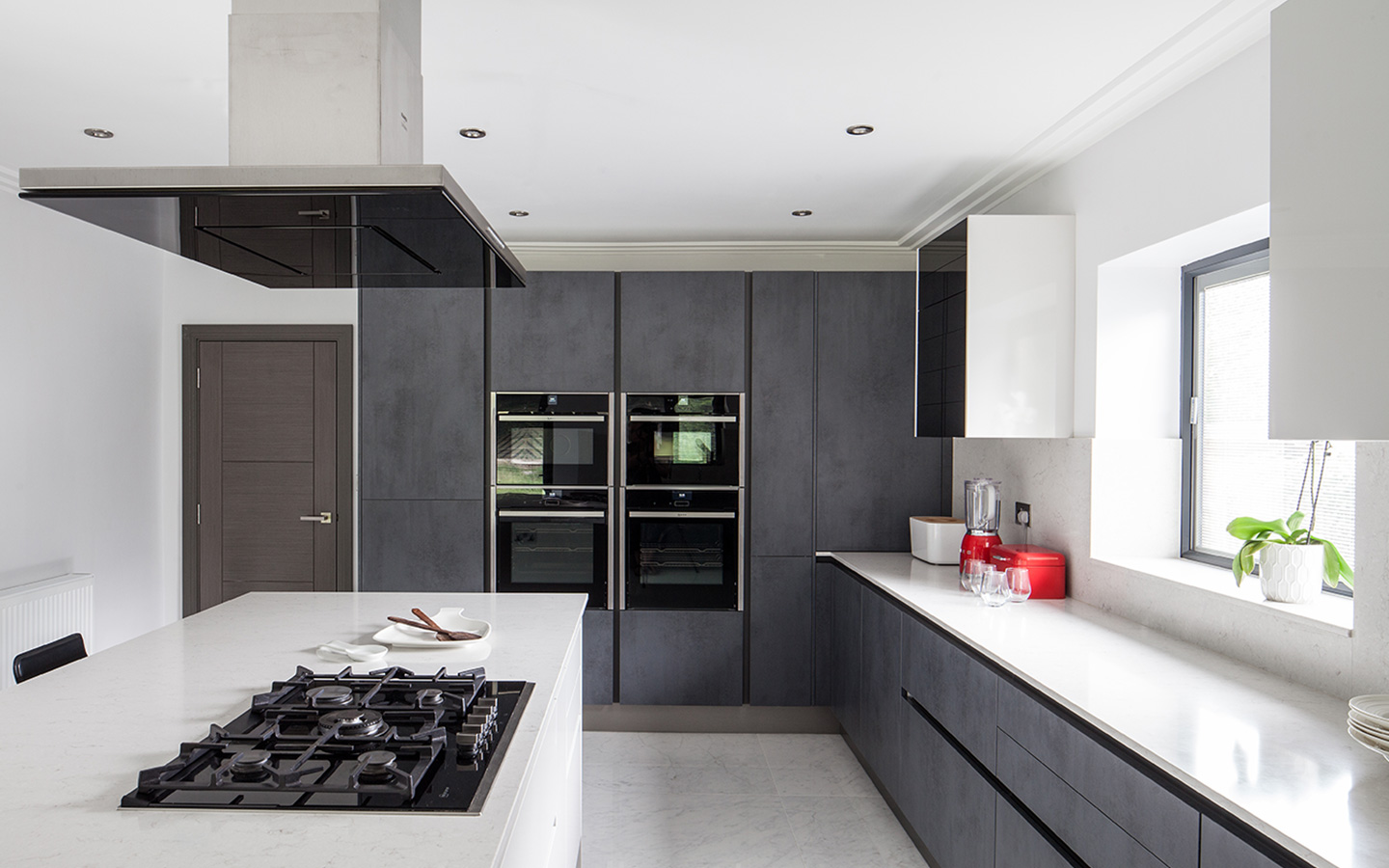 Quartz is one of the hardest stones on earth and also one of the most common. In fact, after feldspar, quartz is the second most common stone and comes in a variety of different forms. If you go to your jewellers and choose, say, an onyx ring, the onyx is actually a variety of quartz. So are tiger’s eye, agate, jasper, carnelian, amethyst, rock crystal, citrine, rose quartz, and more.

However, when it comes to kitchen worktops there is a certain amount of confusion. This is because quartz worktops are not actually pure quartz. They are an engineered stone – that is, man-made – comprising about 93% quartz mixed with resins and pigments. This is somewhat similar to sterling silver, since that is not pure silver but is mixed with 7.5% pure copper. So even when the word used for quartz worktops is the same, it is a mix.

This is one of the big benefits of quartz worktops in North London because not only is quartz extremely hard, but when mixed with the resins it is totally non-porous. In the kitchen, where spills are very common, this makes quartz worktops a perfect choice since you can spill red wine, coffee, vinegar, lemon juice, and anything else on to them and they will not stain. Furthermore, and equally important, they cannot possibly harbour bacteria (which some other surfaces can), and that is what you want when you are preparing food.

This also means that unlike, say granite, or marble, quartz kitchen worktops are never going to need sealing, either. They are maintenance free, all you need to do being to clean them with a soapy cloth. Quartz worktops are also highly scratch resistant, although, in common with all kitchen worktops you should not chop or cut foods directly on them but always use a chopping board. Equally, you must not place hot pans directly on quartz worktops either, because that can damage them because of the resins contained in them. However, the same thing applies to most other work surfaces as well.

Your quartz kitchen worktops can be finished as polished, or they can be honed (matte) or leather (textured). Matte or textured quartz surfaces are often the best choice rather than having everything in the kitchen polished which can have an effect of overwhelm.

Quartz Is Not Restricted To The Kitchen

Furthermore, quartz is not restricted to use in the kitchen, because you can use quartz for bathroom vanities, bathtub surrounds, tabletops, decorative fireplace surrounds, bathroom or kitchen flooring, and even on walls. However, most quartz cannot be used outdoors because it is susceptible to UV light, although one manufacturer, Caesarstone, has recently produced quartz in three colours which are highly UV resistant and actually can be used outdoors.

Choosing quartz for your kitchen worktops has another benefit and that is that it is more affordable when you compare it to marble, granite, and some other materials. Although the price can vary according to manufacturer, style, and colour, there is no need to compromise a great looking work surface by simply looking for savings.

At Marble & Granite we are approved fabricators of all the major quartz stone brands including Silestone, Caesarstone, Cambria, Compac, Cistone, Arenastone, Classic Quartz, Unistone, and more, so we can provide you with whatever is your choice when it comes to quartz worktops. The design possibilities are endless, and we can detail your quartz worktops with a wide choice of different edge finishes as well.

We are based in Hatfield, so very convenient for North London and our showroom is open six days a week. Please phone or email us to book an appointment to view our stocks of quartz when we can discuss your deign requirements as well.

Add Value to Your Home with Quartz Worktops in Ealing

The Benefits of a Quartz Kitchen Worktop