Skip to the content
We are open for business as usual, however please call the office for more information regarding visiting and the COVID-19 guidelines

What Is The Best Type Of Stone For A Kitchen Worktop?

Home > Stone News > Marble Worktops > What Is The Best Type Of Stone For A Kitchen Worktop? 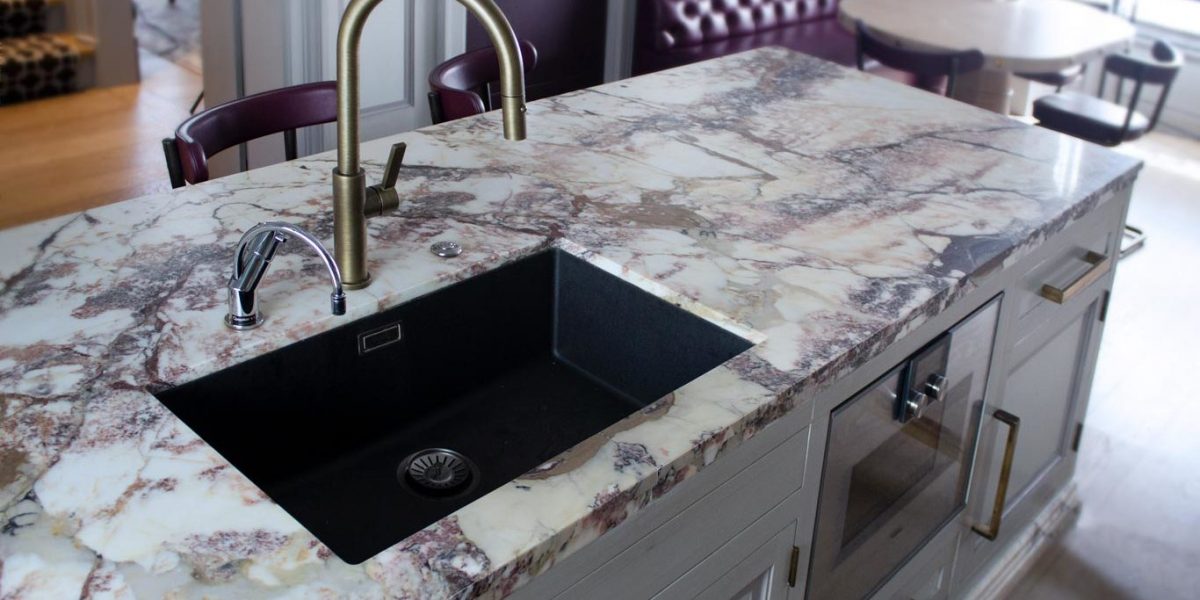 At Marble & Granite we often get asked by our customers what is the best type of stone for a kitchen worktop, but it is not an easy question to answer. We manufacture kitchen worktops from marble and granite – as you might guess – but we also make them in limestone, quartzite, quartz, and sintered stone. Quartz and sintered stone are man-made stones, while the other four are natural stones.

If you are looking for stone kitchen worktops in North London, the best thing to do is for us to discuss the various properties of each type and this will give you an insight into how they perform. Many people decide upon a worktop based upon the appearance of the stone and that is fair enough. You want a kitchen worktop that appeals to you, and what suits one customer won’t suit another.

If you want something that is the same colour all the way through, then the answer is quartz or sintered stone. The latter is made of 100% natural minerals and oxides and is a relatively new kid on the block. It is created by subjecting a mixture of powdered natural minerals and oxides to extreme pressure and heat in a process called sinterisation, which results in a stone of solid mass which is almost totally non-porous. That of itself makes it a very suitable candidate for kitchen worktops.

Sintered stone is resistant to high temperatures and scratches, and doesn’t react to any kind of cleaning agents. It is totally hygienic and can be used for preparing food directly on the surface.

Quartz is also man-made and consists of around 93% of powdered quartz together with polymer resins and pigments. Natural quartz is one of the earth’s hardest minerals, and the resultant stone is non-porous and hard-wearing. It is scratch and stain resistant, and like sintered stone totally hygienic because it cannot harbour any bacteria. Unlike some stones, it doesn’t need sealing and is simple to clean with a damp cloth. It can also be supplied with a polished or a honed finish as desired.

Quartzite, as you might guess, is a natural stone that is composed mainly of quartz and is a tough stone that registers 7 on the Mohs scale of hardness. It is naturally stain-resistant and also resistant to abrasion. With that said, you should never chop or cut directly on the surface, nor put hot pans straight from the hob on to it. It is available in a huge choice of different colours and patterns with lots of strong veining. Check out some samples under the Natural Stones link at the top of the page.

If you are thinking about marble worktops in North London, or anywhere else come to that, then you will know that it has a stunning glow that other stones cannot quite seem to match. However, marble is a soft stone, measuring only 3 on the Mohs scale and this means that it is subject to scratching from knives or even a heavy pot slid across the surface carelessly. Along with granite, marble worktops should be sealed with an appropriate sealer in order to minimise any damage from staining. Any spills should be wiped up straight away and not left on the surface. Marble is made from limestone which in turn is composed of sea-shells, and is formed deep in the earth’s crust under heat. It can come in pure white and also in a variety of colours with intricate swirls and veining.

You can also have worktops made of limestone itself and, as you might guess, this is another soft stone which is porous and needs sealing. Pure limestone is all white, but when mixed with other minerals can come in shades of grey, blue, beige, cream, and so on. It may have some veining, but not as much as, for instance, many of the marbles.

Granite worktops are formed from a stone composed mainly of quartz, mica, and feldspar, which produces a very hard stone which is durable and low-maintenance. However, as with some other stones, granite should be sealed. It comes in a huge range of different colours with veins and swirls, and the surface can be polished, flamed-brushed, or honed as required. As with all stone worktops you should not chop or cut directly on the surface, nor put hot pans on to it, but always use a trivet.

We will be more than happy to chat with you about your ideas for utilising natural or engineered stone in your home.