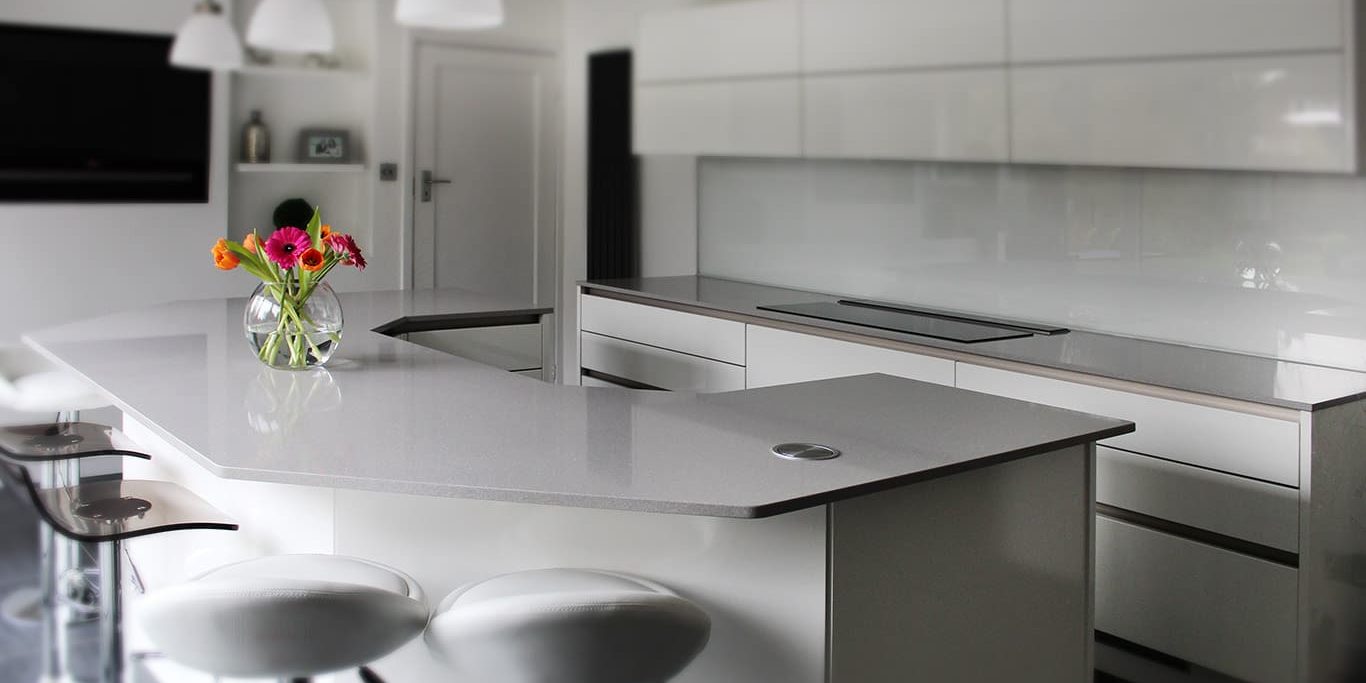 When you are going to refurbish your kitchen there are a whole lot of things to take into consideration. Are you going to throw everything out and start again from scratch? Are you going to enlarge your kitchen by building an extension? This is something that more people are doing today because our lifestyles have changed over the years.

Gone are the days when many of us had a dining room. Yes, it was a room in the home where you had a table and chairs and – by and large – it was used for serving meals. Today, all that has changed considerably, and we now use the kitchen for eating meals in many homes. Many kitchens also have a wall television so that not only can you sit and eat there but watch Corrie or Eastenders at the same time. In many homes it has gone a step further, and the kitchen is now used for entertaining guests as well. This is one very good reason why many families are having an extension built in order to create more space for entertaining.

So the kitchen has become a room that is not only practical but also a place for relaxing after dinner, watching TV, and bringing out the after-dinner brandy and coffee.

And that is why many people are refurbishing the kitchen. Just how far you can go depends upon your budget, obviously. There are all sorts of things that you can do, one of which is to hide all the appliances, as far as possible, behind doors. So, you can have all your cabinetry with doors as you would expect, and then matching doors created to cover the fridge-freezer, washing machine, dryer, and whatever else you wish.

Depending upon the amount of space you have, you can have an island table for eating, or for cooking, or even to contain your sink.

However, whatever you do, two of the most important things that affect the appearance of your kitchen are the floor and the worktops. This is because they are horizontal, and they take up quite a bit of space. Many people will have the kitchen floor tiled, which makes a lot of sense because spills can occur from time to time and tiles are just so easy to wipe clean and will not suffer any damage. Unless, of course, you drop cast-iron pans on them from a height.

But with worktops you have a wide choice of different materials, and today more and more people are opting for stone worktops as opposed to laminates, wood, stainless steel, Corian, and so on. This is often because stone worktops can have amazing patterns and colours and, if they are natural stone, will be unique.

If you consider stone worktops, you still have several choices: marble, granite, limestone, quartz, quartzite, sintered stone, and so on. Many people think that quartz is a good choice for a number of reasons, but what is quartz?

Well, this is where it can get confusing. Quartz is a natural rock and is the second most abundant rock on the planet. But when it comes to quartz worktops in Watford, or wherever you happen to live, they are not made of pure quartz, even though they have the same name. Quartz worktops are “engineered” stone. That is, they are composed of natural quartz which has been ground down and had resins added to it. They are about 93% real quartz and 6% – 7% resins and pigments.

This makes quartz worktops ideal for use in the kitchen because, apart form any other consideration, they do not need sealing as other natural stones such as marble and limestone do. So, they are not going to stain if you spill things on them. They are not totally heat resistant because of the resins that are in them, so you should always use a trivet rather than placing hot pans directly on to quartz worktops. Neither should you chop foods directly on them, although they are extremely hard.

However, they can come in a wide range of different colours and patterns, and they can also be produced in a single colour if that is your preference.

For more information on quartz worktops, call us at Marble & Granite on 01992 535 038 or email info@marbleandgranite.co.uk.

Marble and Granite: Our Worktops Available in Ealing

Are you looking for Composite Worktops in Richmond?

Quartz Is A Great Stone For A Kitchen Worktop