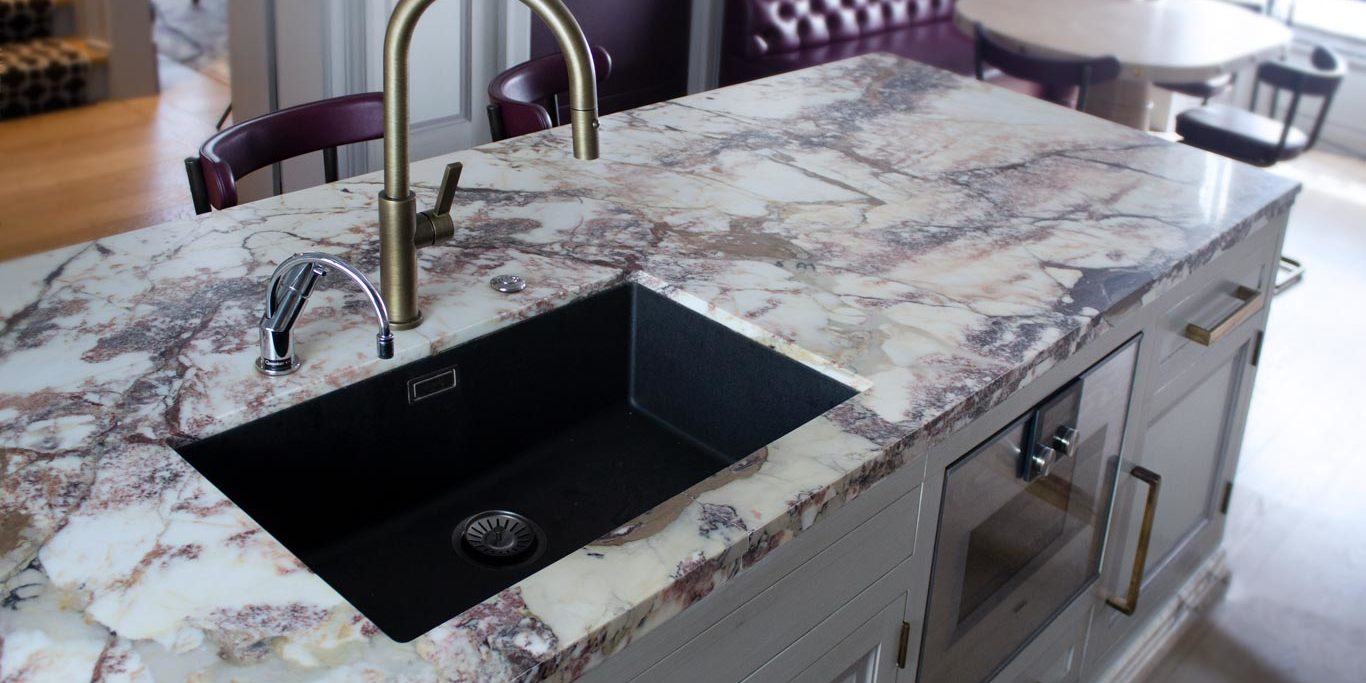 Marble has been one of the most widely used stones throughout history, and many famous buildings are clad with it. For instance, the Odeon of Herodes Atticus Theatre on the South West slope of the Acropolis in Athens is comprised almost entirely of marble and was completed in AD 161. The Taj Mahal, which was completed in 1648, is covered in white marble. Michelangelo’s statue of David, which is 17’ tall, was sculpted from marble. Other famous landmarks using marble include the Pantheon, the Leaning Tower of Pisa, the Washington Monument, and the US Supreme Court building.

So if you want to add some history to your kitchen, you might consider using marble worktops in Ruislip, or wherever you happen to live. It is also used to great effect in many bathrooms.

It might surprise you to learn that marble is composed of seashells. Before it became marble, the stone was limestone, and limestone is composed of seashells, shelly fragments, microscopically small shells, and dissolved shells, and all of them are made of the mineral calcite. Depending on the conditions in a particular seabed or a beach, the limestone may also include some clay or sand.

Over the years, the limestone can get dragged down into the earth’s crust as the continents move, and here the heat affects the calcite grains and fuses them together tightly. As the rock gets swirled around, compressed, and twisted about, the clay within it, if there is any present, gets made into the various swirls that are present in a lot of marbles. Pure white marble, of course, does not contain any of these clay segments.

Marble comes in a range of colours because other minerals present when it was formed can produce marble which has red tones, brown, grey, green, and even black.

People can be sharply divided about the use of marble. Some wouldn’t have anything else in their kitchen or bathroom, while others point out the imperfections that it has. Still others are somewhere in the middle, loving the unique glow that it has, and yet uncertain if it is right for their particular circumstances.

Certainly, marble is a soft stone, as you might expect from something made from the shells of a living creature. It is, to a greater or lesser extent, porous, and if spills are left on it they can soak in and stain it. Acids, such as those in vinegar, lemon juice, and so on, can etch it. This can largely be overcome by sealing the stone, and then resealing it on a regular basis, but nonetheless spills do happen in the kitchen and need to be wiped up quickly. As it is a soft stone, it can also suffer from scratches if you slide heavy pans about on it.

However, provided you take care and treat marble with the respect that it deserves, it is a wonderful stone for use in kitchen worktops. It is also great for tiling in a bathroom. After all, every piece is unique, and your bathroom walls and basin surrounds can look fantastic when covered with marble. It has a rich quality that other stones do not, and almost screams wealth and abundance.

You can even use marble for your bathroom floor. Combined with underfloor heating, it makes for the perfect floor because it will keep your feet warm when you step out of the shower and it can be easily cleaned with a microfibre mop. A microfibre mop can be used dry because it has fibres less than 1/200th of the thickness of a human hair and it draws in dirt and hair on the floor. The fibres have tiny triangular wedges on them and will also remove any grease or oil.

When used for worktops, marble is a favourite of most chefs and home bakers because it absorbs heat and remains cool while pastry is being rolled out. What is not so well-known is that it is also heat resistant, but having said that it is not a good idea to place hot pans from the cooker directly on top of it: you should use a trivet.

There is no doubt that marble is a fabulous looking stone, and provided that you treat it with respect it will last you for many years.

Is Marble The Best Stone For A Kitchen Worktop?