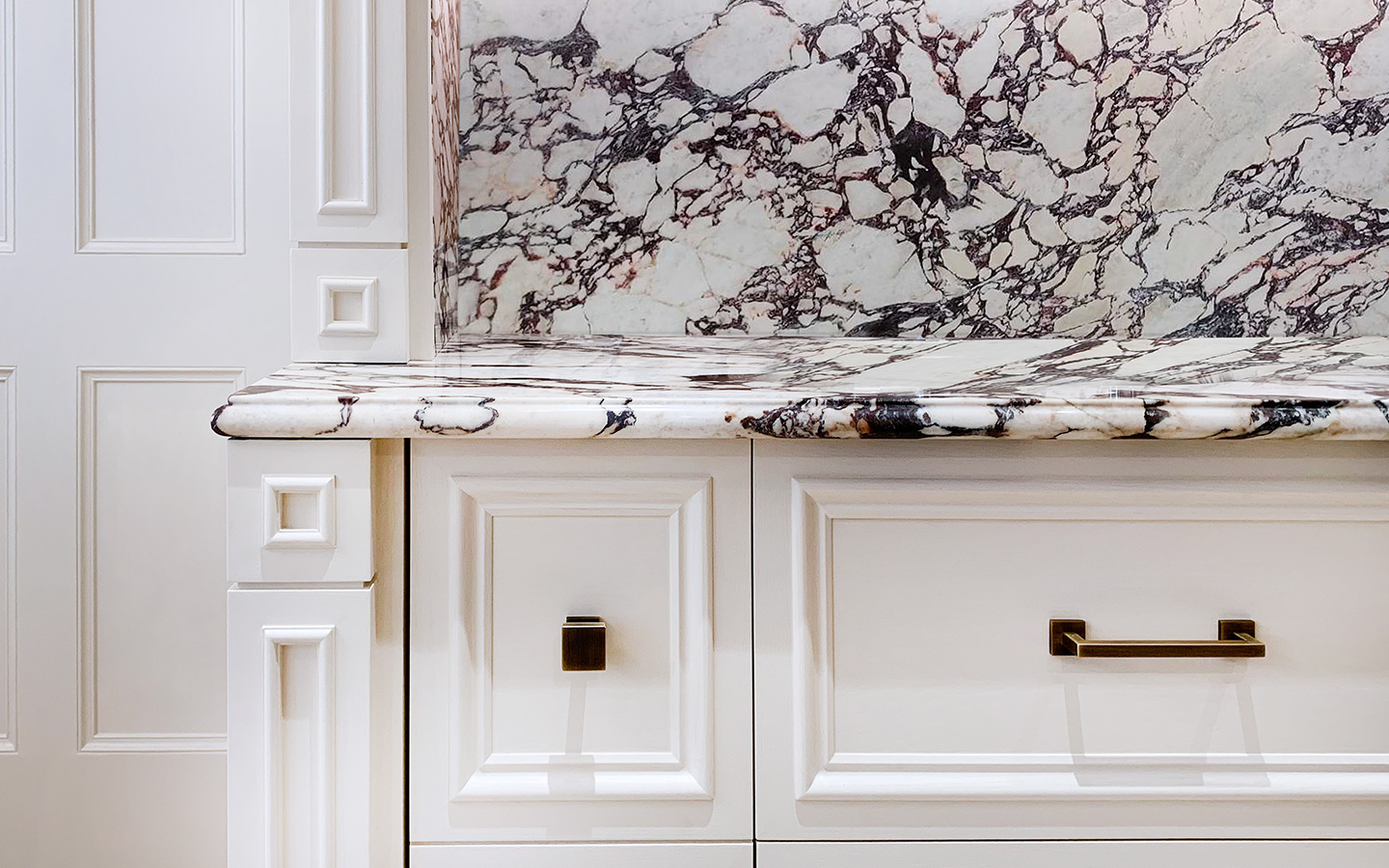 Marble is one of the most revered natural stones in the world and has been used on buildings for hundreds of years, from the Taj Mahal to the Lincoln Memorial in Washington. A non-foliated metamorphic rock, marble is generally composed of calcium carbonate (the same ingredient used in antacids such as Tums) or magnesium carbonate, which react to acids.

What this means is that if you choose to have marble worktops in London – and there is no reason why not – they need to be treated with care. Certainly, spills do happen in kitchens, but on something such as quartz they are not going to do any damage. Spill vinegar or lemon juice or similar on marble, and you can finish up with a white mark on the surface where the acid has eaten slightly into the stone unless you take good care and wipe up spills immediately.

Now that is out of the way, there are really no other reasons for not choosing marble worktops. Marble has an incredible sheen to it like no other stone, if you go for a polished surface which is what many people choose. Of course, if you prefer, you can also have marble worktops with a honed finish, or you can have them sandblasted which results in a dull appearance, flamed, or a leather finish rather like the surface of an orange peel. Ultimately, the choice is yours.

If you are worried about spills, you might choose to go for a white marble, and there are few stones in existence which are more white than marble can be. But marble is also available in a range of different colours including greens, brown, russet, grey, light blue, and so on. Many of the marble slabs that are available have rich veining and swirls in them, depending upon what other minerals were present when they were formed under the seabed all those millennia ago.

You can cut many marble slabs in two different directions to produce different looks. Fleuri cut, or cross-cut, will produce a stone with an open “flowered” pattern, while cutting the stone in the other direction, which is striato, or vein cut, results in a linear striped appearance. Again, this is a matter of personal preference. However, whichever way you choose, it is advisable to select the precise slabs of marble that are to be used for your worktops so that you know exactly what you are getting.

Marble, despite being a stone, is fairly easy to work with tools. When you include modern computerised milling machines, you can come up with many different patterns and shapes. One thing which is a good idea is to have a curved edge to the marble worktops. If you have a right angle and drop something heavy on it, the edge may chip, whereas if you have something like the time-honoured bullnose edge, that is very unlikely to happen.

One other benefit of marble worktops is that they remain cold. This means that they are the ideal surface to work on when you are mixing pastries, which is why many chefs prefer them.

Marble Is A Fabulous Stone For Worktops But Does Need Care

Is Marble The Right Stone For My Kitchen Worktops?