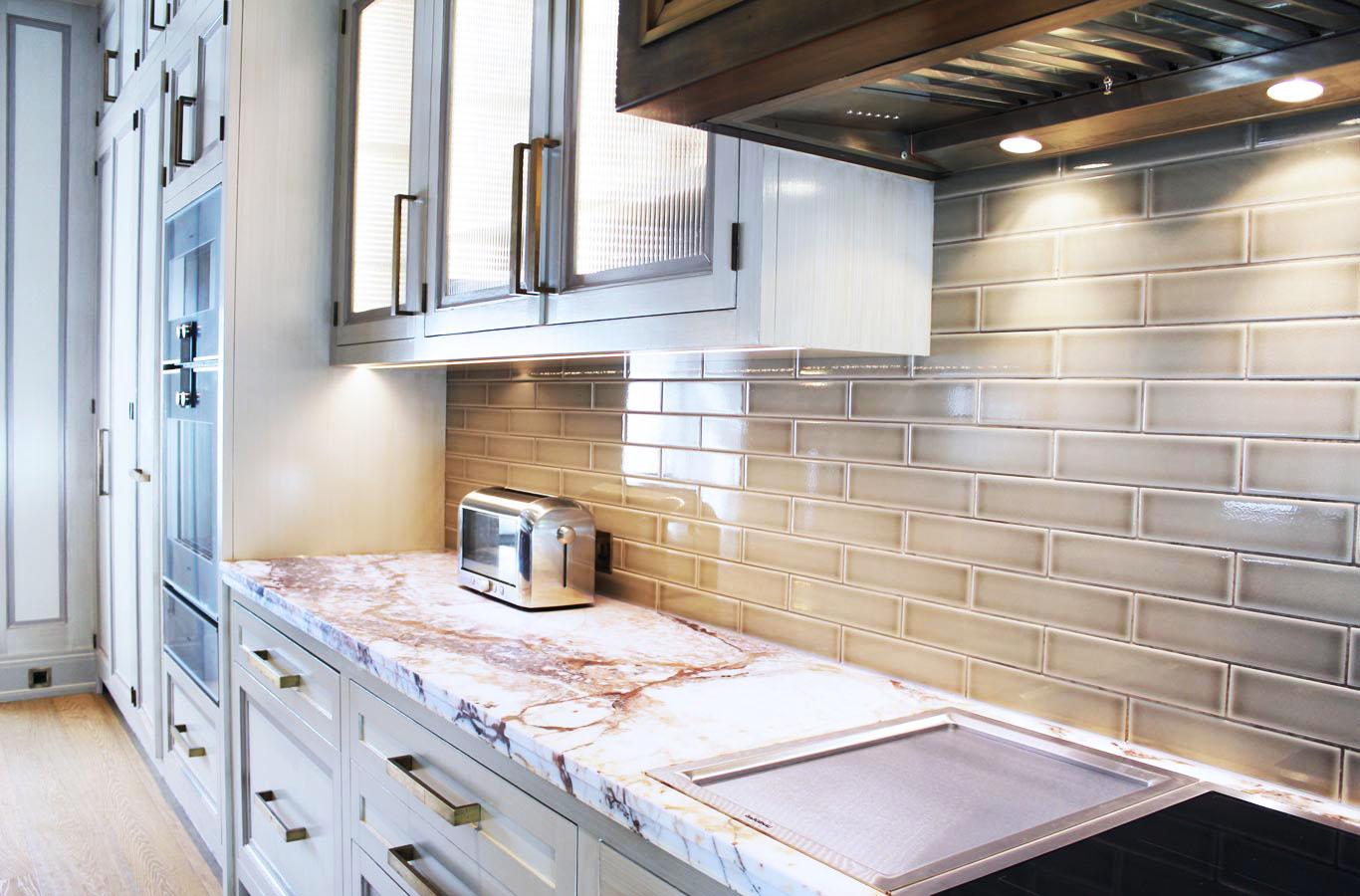 When it comes to considering materials such as stone for your kitchen worktops, there is always a certain amount of confusion around quartz. This is a natural material in the earth’s crust, and to quote Britannica.com, it is “the second most abundant material after feldspar. It occurs in nearly all acid igneous, metamorphic, and sedimentary rocks. It is an essential mineral in such silica-rich felsic rocks as granites, granodiorites, and rhyolites”.

So now you know!

Where the confusion comes in is that quartz worktops are made using natural quartz that has been ground down to minute particles which are then mixed with resins and pigments, so the finished stone is about 93% quartz and the rest is the additions.

Quartz worktops in Brentford, and in all the other areas we supply, are not only extremely hard, but they are also totally non-porous because of the added resins. That means that, unlike other stone surfaces, they do not need to be sealed. It also means that there is no possible way that bacteria can live in quartz worktops, which makes them the perfect surface for food preparation.

In addition, another very big benefit of quartz worktops is that as they are non-porous, they are also totally stain resistant. So, if you spill beetroot juice, red wine, coffee, or anything else on to them it will just sit there until either you get round to wiping it off or it evaporates. Best to wipe it off though.

However, before you rush off and believe that quartz worktops are so tough that you can do anything with them, remember that they contain resins. That means that you must NOT put hot pans directly from the hob or oven on to them because it could cause damage. You always have to use a trivet. However, that goes for most other kitchen work surfaces as well, so it is no great hardship. You should also use a chopping board to chop foods.

The quartz worktops that we produce at Marble & Granite are available in a wide choice of colours, and we are approve fabricators for a dozen of the major manufacturers such as Caesarstone, Silestone, Arenastone, Quarella, Unistone, Cimstone, and Compac among others.

Your quartz worktops can be finished with a polished surface which is standard, but they can also be honed, which is matt, or leather, which is textured or rough. However, not all of the quartz stones are available in all three finishes, so please contact us to check whether the colour and make that you have chosen is available in the finish that you want. It is not a big problem because one of the alternatives will no doubt suit.

Quartz worktops can be finished with a range of different edge profiles as well, so you can choose the appearance that you want.

Our quartz worktops come with some great manufacturer warranties. For instance, Cambria have a limited lifetime warranty, but it applies only to the original owner, not if you buy a home with it already installed. Caesarstone will transfer any warranty to a new owner which, once transferred, applies for ten years prorated from the date of installation.

If you would like to know more about quartz worktops, make an appointment to come and talk to us.

One Of The Best Worktop Materials Is Engineered Quartz Stone