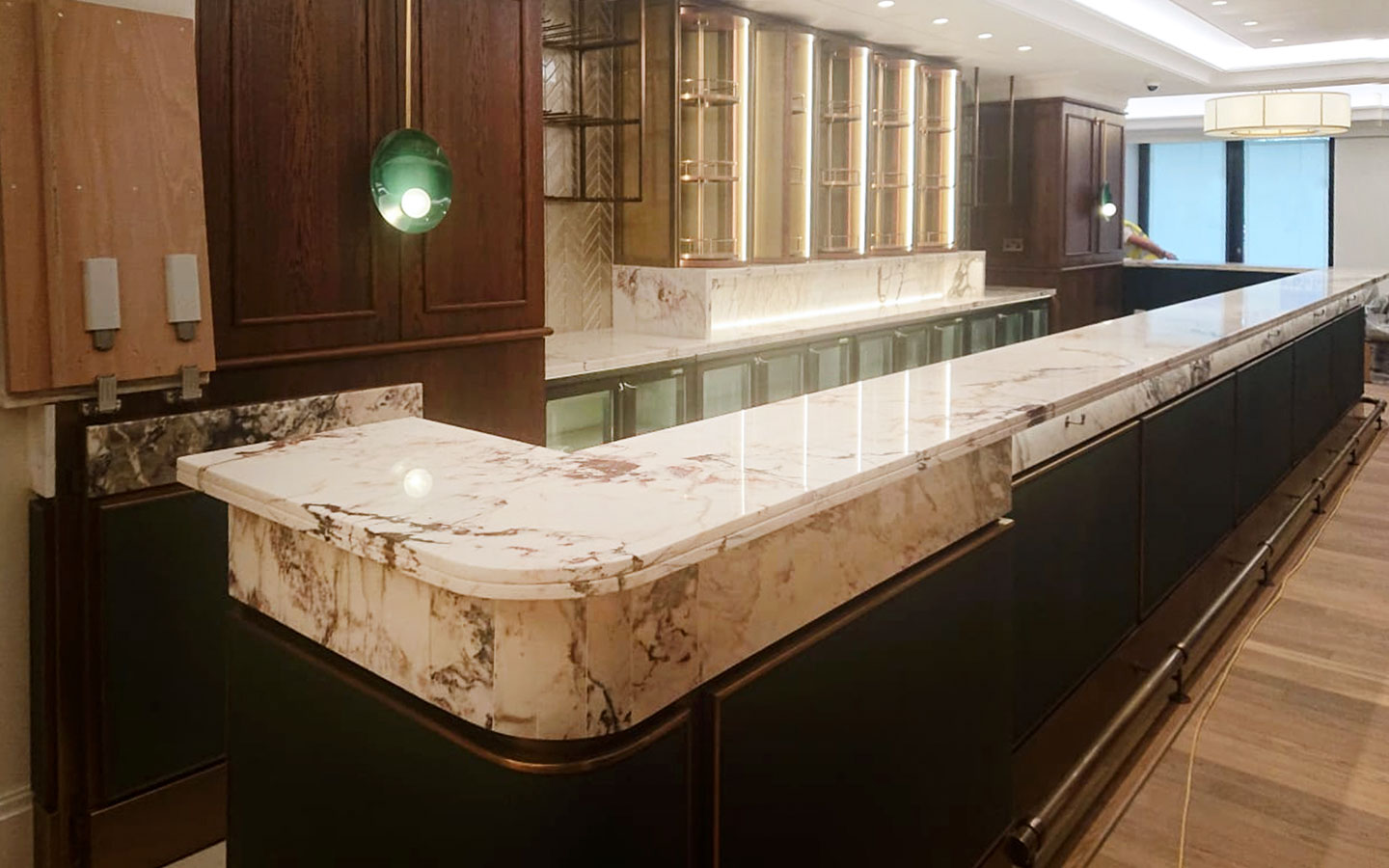 If you are thinking about changing the worktops in your kitchen, there are many reasons why you may want to do so, and there is also a wide choice of different materials that you can use. It may be that your present worktops have become damaged, chipped, scratched, and so on, or it may just be that – in common with many people – you just want a different look.

After all, we spend a lot of time in the kitchen, and when you are looking at the same thing day after day, and the same colour, a change is as good as a rest, as they say. Changing your worktops can make a huge difference to the appearance of the room without going to the extremes of altering cabinets, and appliances, and possibly the flooring as well.

When it comes to the choice of materials for kitchen worktops, there are plenty that you can choose from. There are laminates, stainless steel, wood, glass, cement, and a selection of different stones, some of which are natural stone and others which are called “engineered” stone. That means that they are made up of real stone which has been ground down into almost a powder and had other things added to it, such as resins, and then all are bonded together under heat and pressure. These result in things such as sintered stone and quartz worktops, which have pros and cons.

However, today, many more people are choosing to go for natural stones as these are the “real things”. Not only that, but being natural stone, they all have their own different colours, veining, swirls, and more, which are entirely dependent upon the way in which they were formed in the earth’s crust a gazillion years ago, and also what other minerals were present and therefore included when the rocks cooled from the molten state into solid rock. Those are what cause all the differences, and are why no two slabs of natural stone are ever exactly the same.

Natural stone includes granite, quartzite, limestone, marble, and more, and they all have their pros and cons. However, possibly the most bewitching of all are marble worktops in London.

Now, you can also get marble effect worktops which cost less, but somehow there is a certain sheen about real marble that you cannot find in any other stone, including marble effect finishes. The Taj Mahal and the Washington Monument are both made from pure marble, and with good reason.

Would you believe that marble is created from the shells of sea creatures such as crabs, lobsters, and many other molluscs? Those shells, and shelly fragments have been broken down over millions of years to form limestone on the sea bed. These are made of the mineral calcite, which is white, and why pure marble is too.

However, the limestone may well have had other minerals included within it, depending upon where on the planet it was formed, and these are what lead to the different colours and veining within it. Gradually, over the years, the limestone was dragged down into the earth’s crust and the massive heat and pressure, together with other minerals, swirled them together and formed what we know as marble, the grey swirls that are often seen being layers of clay that got folded and twisted into the mix.

So, marble today is available in mixes of grey, white, blue, red, brown, and even black, many of which have those amazing swirls and veining in them that create a patten which would be beyond the ability of a Picasso to create.

Marble is a relatively soft stone when compared with others such as granite or quartz, so marble worktops do need a certain amount of care. It is possible for them to stain if they suffer from spills, so the stone does need a sealant applied to prevent this. You should also never chop foods directly on them, nor yet put hot pans on them, but that goes for most other stones too.

However, provided that you treat them with the care and love that they deserve, marble worktops will reward you with their stunning beauty and individuality for many years to come.

Quartz Is A Great Choice For Kitchen Worktops

There Are Many Things To Consider When Redesigning Your Kitchen

Granite Is A Great Choice For A Natural Stone Kitchen Worktop