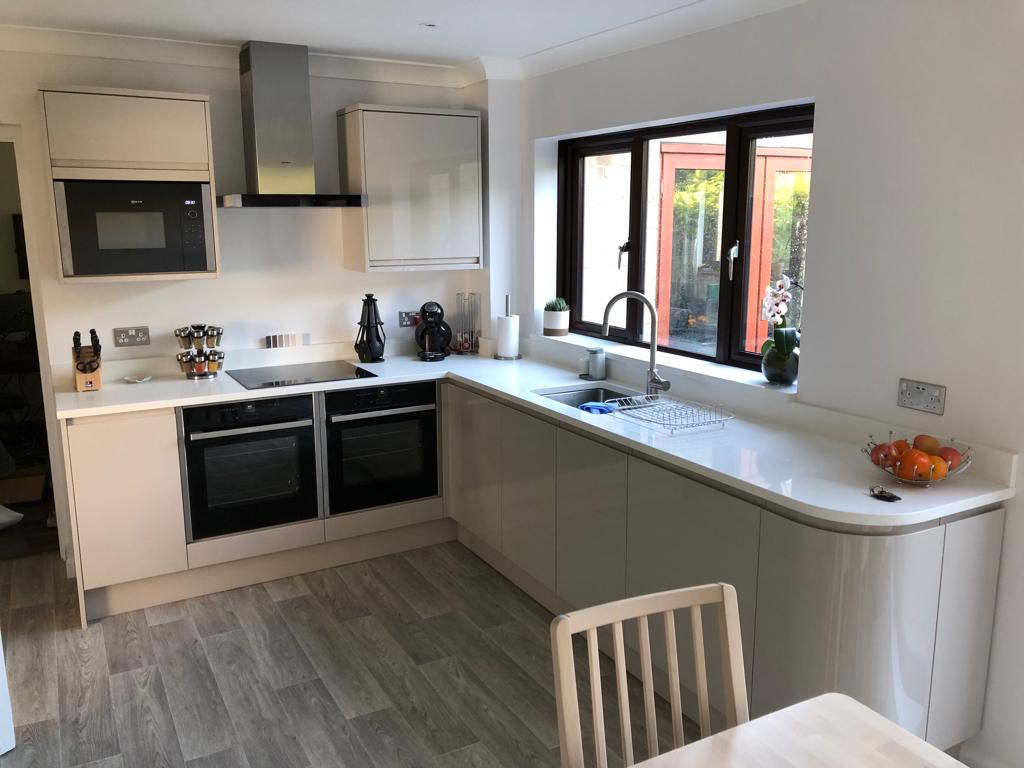 When it comes to choosing kitchen worktops there are many different choices. There is wood, Corian, laminates, stainless steel, quartz, marble, granite, quartzite, sintered stone, limestone, and even cement! Some of these, such as wood, need a considerable amount of care and cleaning, while others may look great for a few short years but suddenly seem to become dull and dowdy.

Interestingly enough, one interior designer on the internet, Melanie Lissack, last year asked her Instagram followers for their opinions if they had recently installed new kitchen worktops. She had several hundred replies and here is what she said:

“I wanted to know if what they purchased was worth the money, if they felt they made the wrong (or right) choice and list any problems they encountered. Hundreds of people very kindly sent me messages and what was so interesting from the feedback is that most people suffered the same issues with each worktop material. By far the most people happy with their worktop chose quartz or granite. Those the least happy and who felt they had made the wrong choice chose hardwood.”

In our opinion at Marble & Granite, we believe that there is nothing whatsoever to beat stone – whether that is a natural stone such as marble and granite, limestone, or quartzite, or whether it is a man-made stone such as quartz or sintered stone.

Some natural stones are softer than others – limestone and marble for example. This means that they can suffer from stains if you spill things such as lemon juice, vinegar, red wine, coffee, and so on, and don’t wipe the spills up. Both need sealing with a proprietary sealer in order to avoid this. That said, both stones are available in some absolutely stunning colours and veining, with a wider range available in marble than limestone.

All stone worktops in Stevenage – or anywhere else – have the benefit of being very easy indeed to clean. Most of the time, all they will need is a quick wipe over with a damp cloth and – bingo! – they look great. If something sticky gets dropped on to them, they may need a little washing up liquid to remove grease, but that is all.

Granite is an extremely hard natural stone and available in a range of different colours. In fact, it is so tough that it is not recommended that you cut foods on it, not because it will damage the granite, but more because it will damage the knife blades. As with some other stones, it does need sealing in order to prevent staining, because – depending on the particular slab – it does have a certain amount of porosity. It is also not recommended to place hot pans from the cooktop or oven directly on to it, although you probably wouldn’t damage it. However, it is always best to play safe and use a trivet.

As with other natural stones, every slab of granite is different. You cannot find two pieces the same. They come in a wide variety of colours with speckles, spots, and swirls according to how the slab formed and what other minerals are included within it.

Another possible choice for stone worktops is quartz. This is a man-made stone, which can be a little confusing since quartz itself is a rock. However, what are referred to as quartz worktops are made from finely ground quartz with added resins – about 93% stone and 7% resins. This produces a stone surface which is totally impervious to staining and doesn’t need sealing, which is why some people prefer it. It is made in a choice of different colours which are even all the way through, so if you want something with swirls and patterns, quartz is not for you.

Although it is extremely tough and impermeable, you should not chop on it – as with any other surface – and you must not put hot pans on it because they will damage it because of the resins contained in quartz.

We can also provide sintered stone at Marble & Granite. This is all-natural stone, which is again made like quartz, but in a process called sintering which uses extreme heat and pressure to bond the particles together without actually melting them. If you can imagine taking a handful of snow and compressing it into a snowball, that is a similar process.

Whatever sort of stone worktops you are looking for, at Marble & Granite we can supply what you wish.

Why Choose Stone Worktops in Hammersmith?

Redesigning Your Kitchen Is A Big Step